Dream catchers started as a symbolic decoration with purpose for our Native Americans, but today they’re more or less a decoration and symbolism for peace and blissful sleep. Created from a variety of materials, no two dreamcatchers are alike. What are they and what purpose did they serve?

Native Americans are big on folk lore and legends, the dreamcatcher proves to be no exception. Ever open minded, Native Americans believe that dreams not only present messages to the dreamer, but they can be “filtered” if you will. The dream catcher is used to filter good dreams from the bad ones. It was common belief that a good dream knew how to navigate the complex web of the dream catcher while the nightmares or negative dreams would get caught up in the web.

When the negative dreams had been captured in the web of the dreamcatcher, they would vanish or evaporate upon the rising of the sun. Whether they work or not is up for speculation and depends on your beliefs, regardless, they’re gorgeous to look at.

If one was to build his own dream catcher the process would be extraordinarily simple, it can be all broken down into three simple steps and be scaled as needed.

The graphic illustration below showcases the exact steps that one should follow for this spectacular craft.

Follow the procedure above to realize one miniature dream catcher project and once you`ve mastered it you can proceed to personalize this craft to great extent; you can use multiple loops or thinner string for a more complex web. Get creative and tailor a dream catcher like no other. 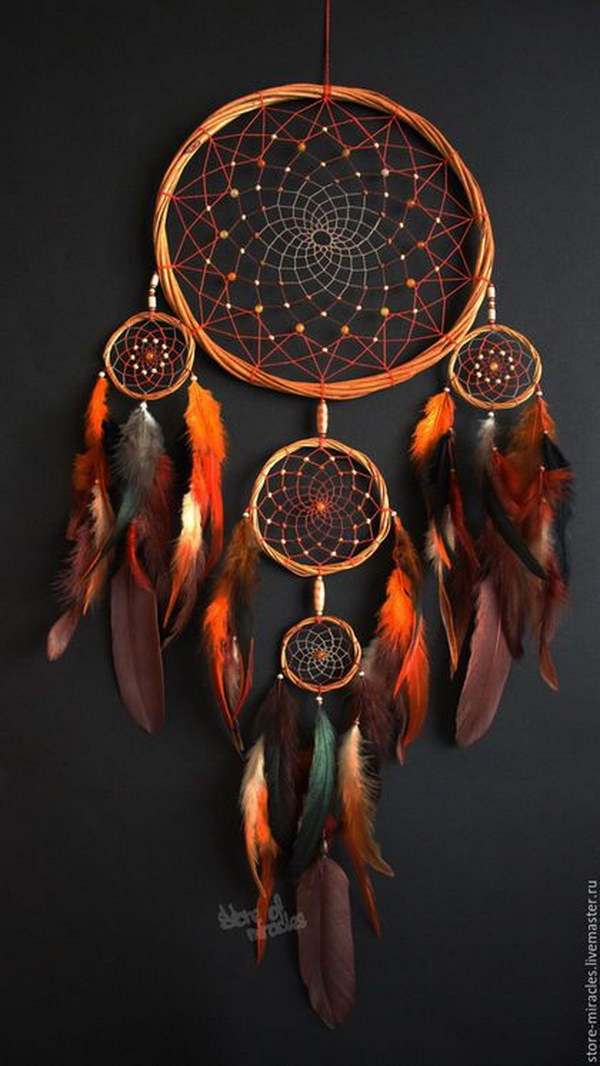 While Native Americans didn’t have access to as many crafts and materials like we did today, they made use of natural dyes which could be obtained from plants. To obtain a vivid red of this color, they might smash some red berries and soak the materials in the resulting mush till the desired color was obtained. 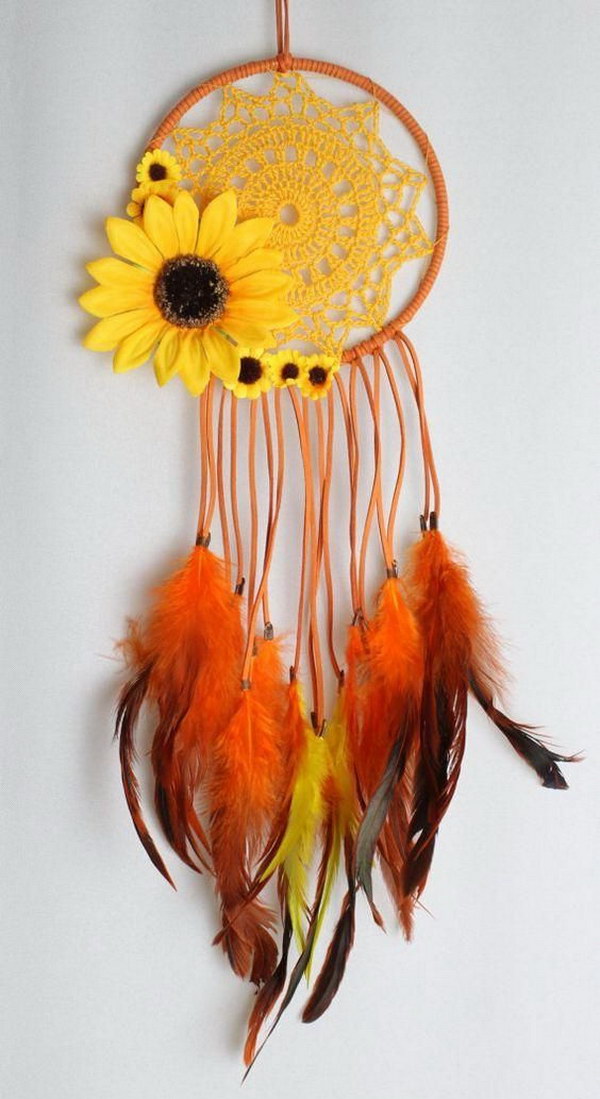 Native Americans were “recyclers” way before the term became popular; ever keen to make use of every part of a killed animal, no animal was wasted. Leather was easily sourced, although complex and time consuming to make. 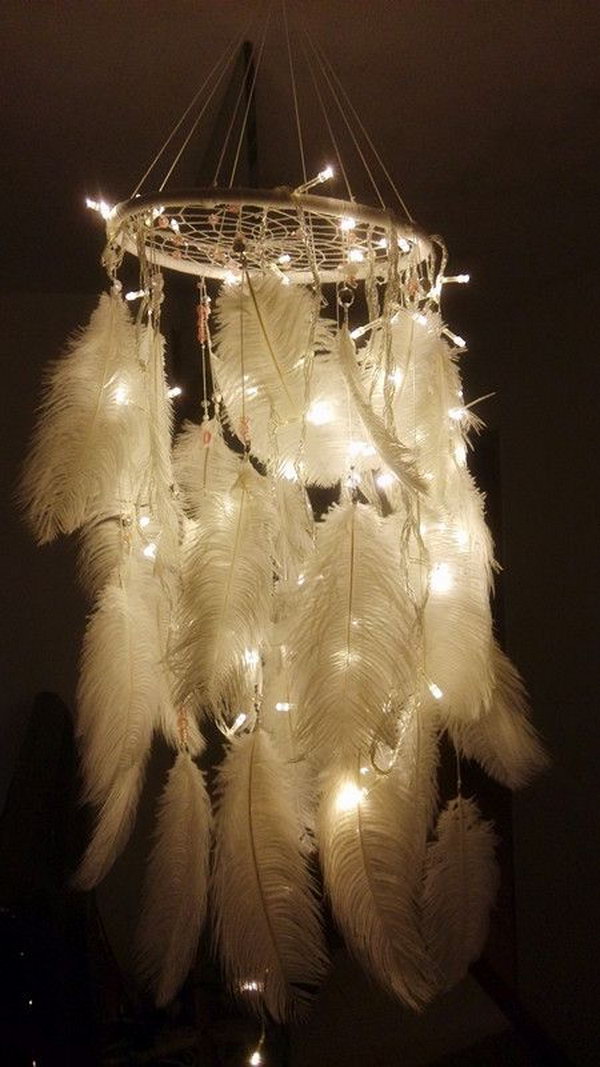 Feathers were readily available and common in not just dreamcatchers, but headdresses too. 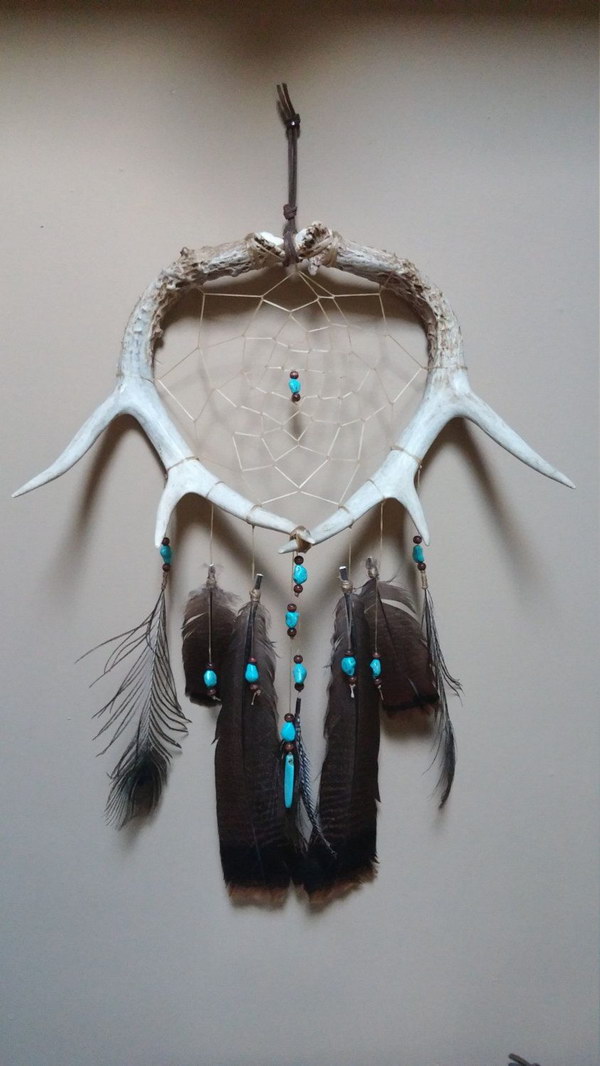 While the hoop of the dream catcher is held in high regard for its “filtering” abilities, a perfect circle isn’t essential for a dream catcher to work. 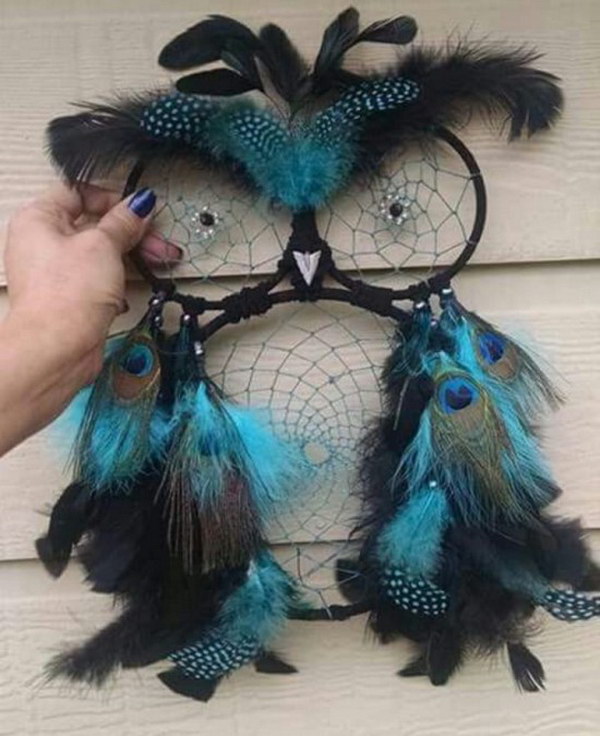 This dreamcatcher is actually a collection of three dreamcatchers united by yarn like material. The owl was commonly seen as wise by the Native Americans, so it seems fitting to be used here. 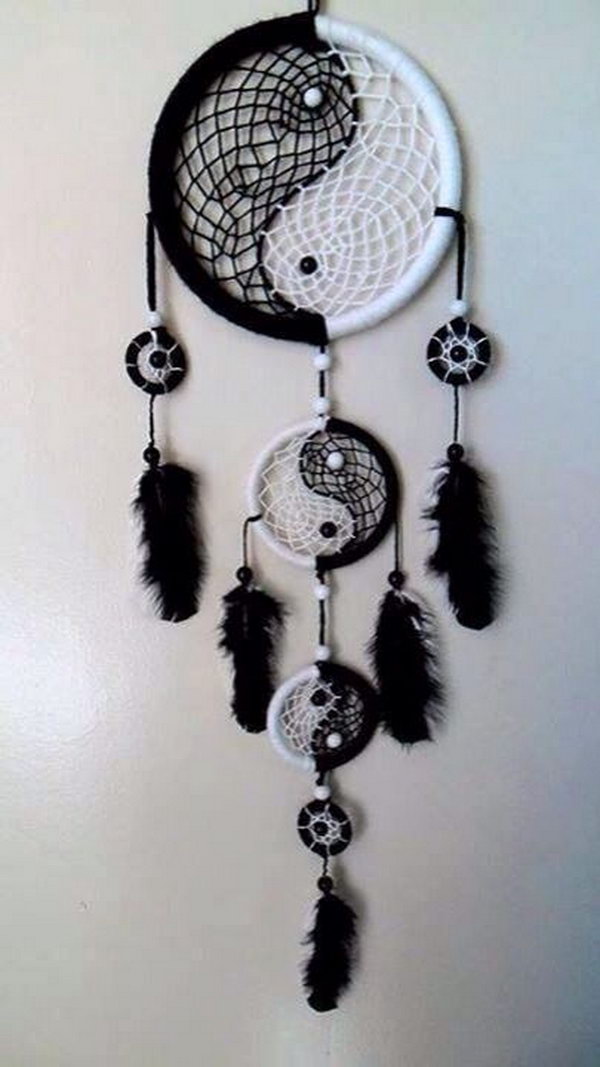 The modern dreamcatcher is popular but very few people actually remember the purpose or lore surrounding the dreamcatcher. 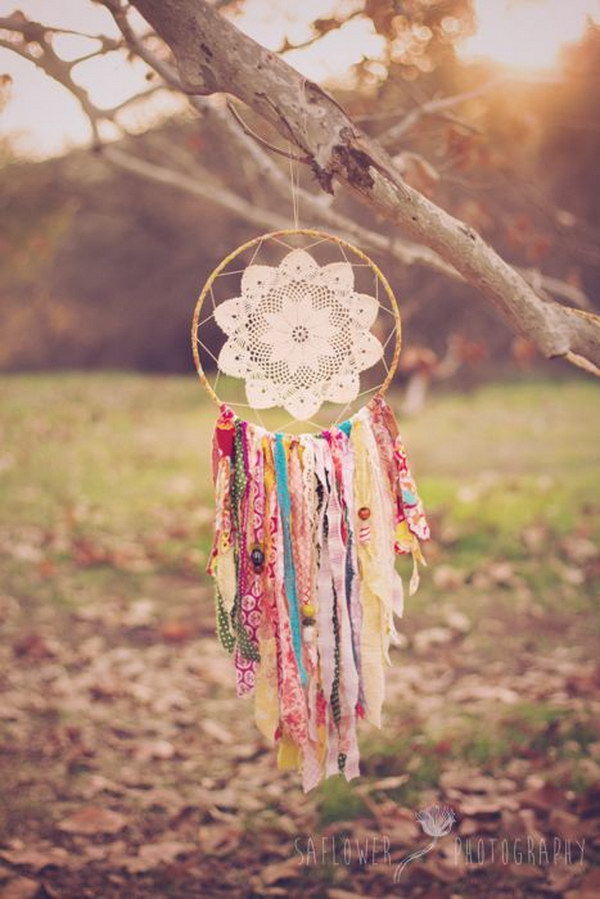 A dreamcatcher is easy to make and can be as simple or as complex as you want to make it. Dream-catchers are interesting to say the least and the crafting of such an item with your little one would surely create a wonderful bounding moment between parent and child; colorful, positive and filled with memory, meaning, the dreamcatcher is surely worth your attention as a craft and do it yourself project.

What do you think ? How do you see dreamcatchers? We would love to hear your opinion on the subject in the comment section below.

Giuroiu Anton is the Founder of Homesthetics Magazine, an online architecture art and design resource. In the spare time he writes as a guest for several architecture websites like Freshome and Architecture”n”Design. He is currently studying Architecture and Urbanism at Ion Mincu University in Romania where he also graduated Tudor Vianu National Computer Science College, his educational background fueling his thirst for technology and design.