DIY letters can be used for a wide variety of crafts and decorating ideas. They add more beauty to your home. If your are decorating your home or planning a party, why not choose your favorite word and phrase, and use them to spell out a name, or put a saying on a wall in a bedroom or kitchen?

There are so many kinds of materials which can be used to create your DIY letters, such as flower, painted wood, sea shell, button and so on. Here in this post we are sharing with you lots of fun and creative ways to make DIY letters. Some of them are easy to produce, some of them make good use of recycled materials and give us fresh and cool feelings, and others are just creative and unique. 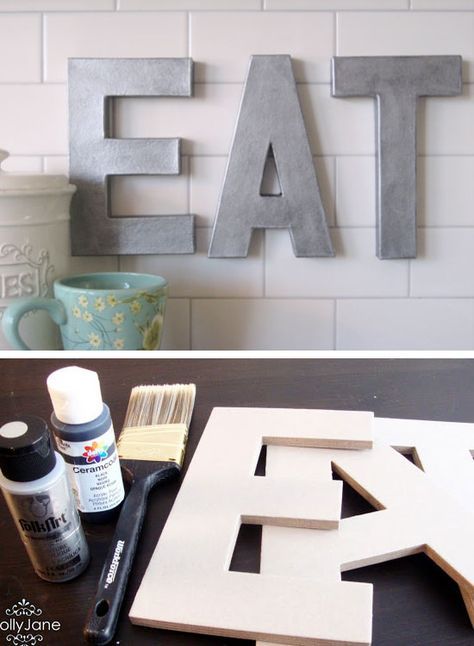 Follow this easy tutorial to make your very own house address number and add a beautiful custom flare to your home. Via craftcuts

Get the tutorial via Grey Likes Nesting.

Create a fun touch to your kids’ room decor by adding this beautiful painted wooden letters color. Tutorial via craftcuts 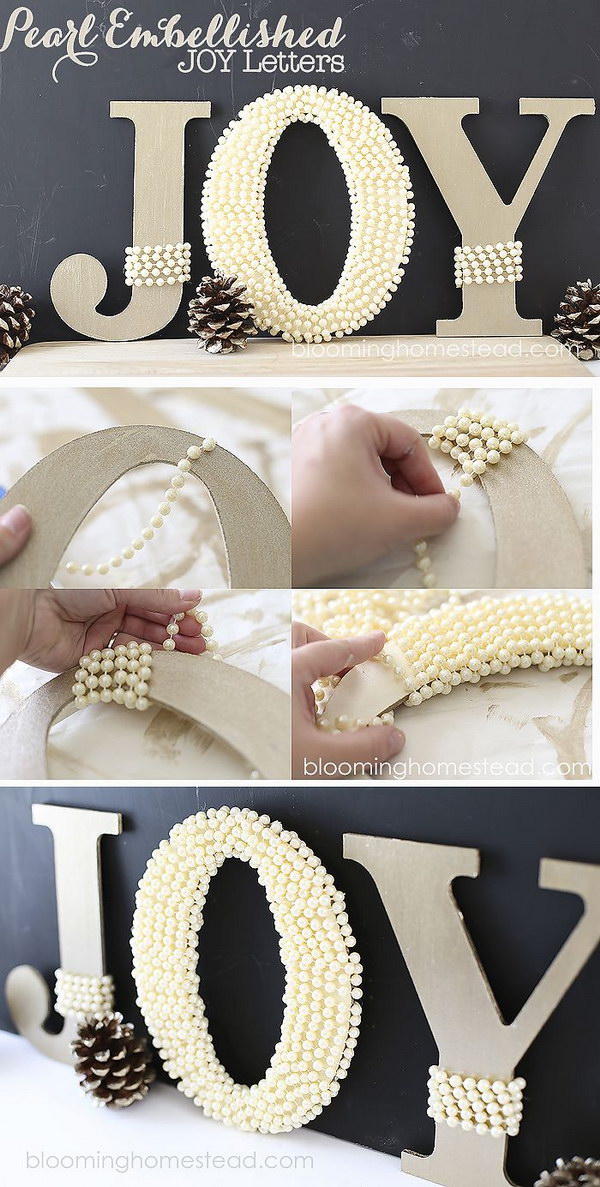 These pearl embellished wooden home decor letters look so elegant and beautiful! Add them to your home to add fun and dimension! Tutorial via bloominghomestead 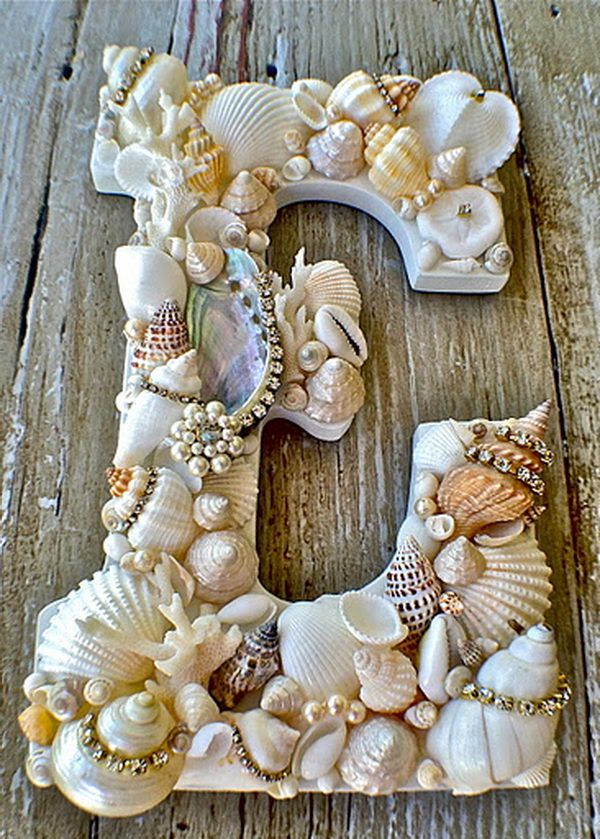 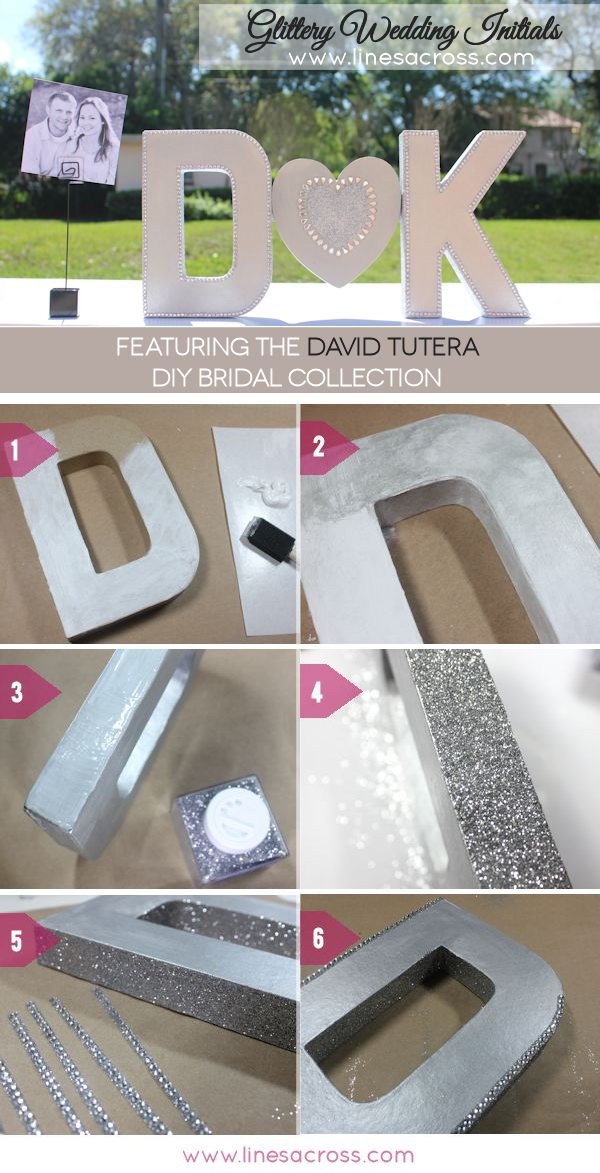 Follow this easy tutorial to make your very own marquee letters! Tutorial via apumpkinandaprincess 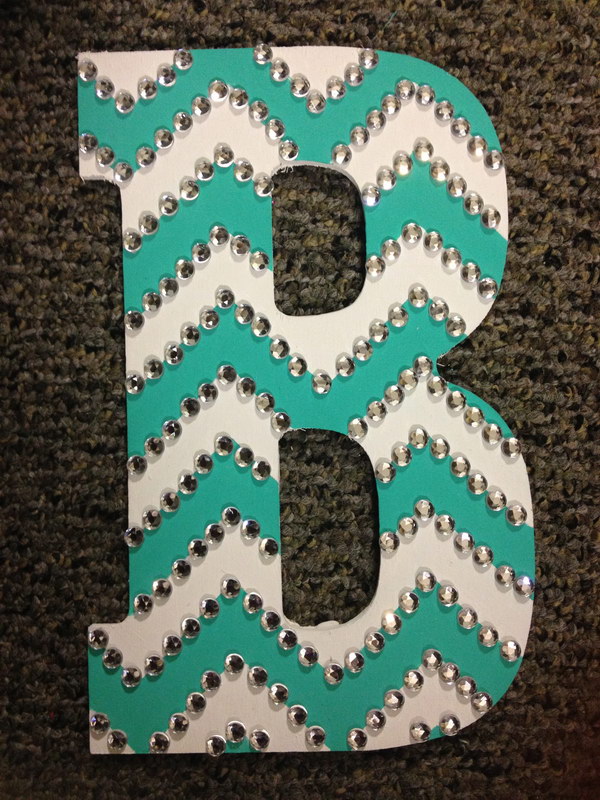 What a cute DIY blue chevron wooden letter! Would be great for gift or home decor. See how to make your own via biancarepasi. 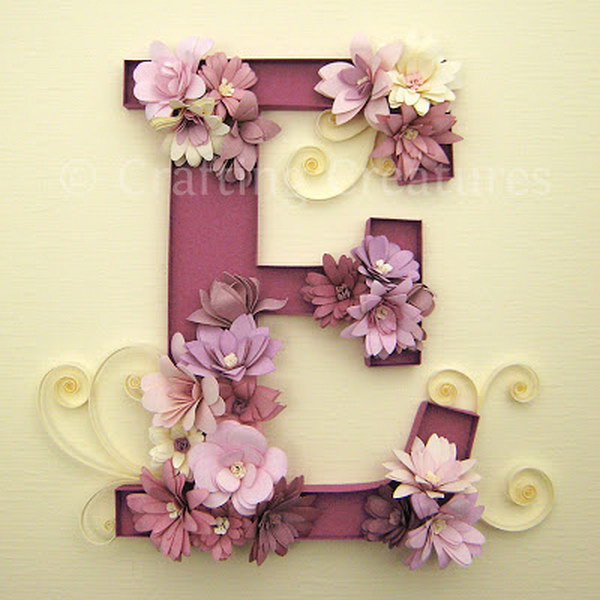 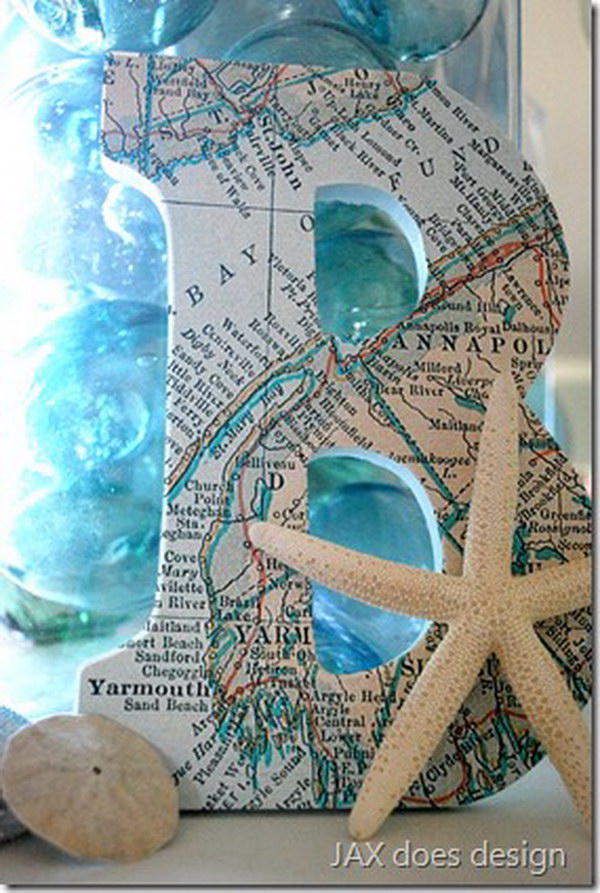 Learn how to make DIY old map wrapped letters to dress up your home for the holidays! You can also make monograms to keep out year-round. Tutorial via jaxdoesdesign 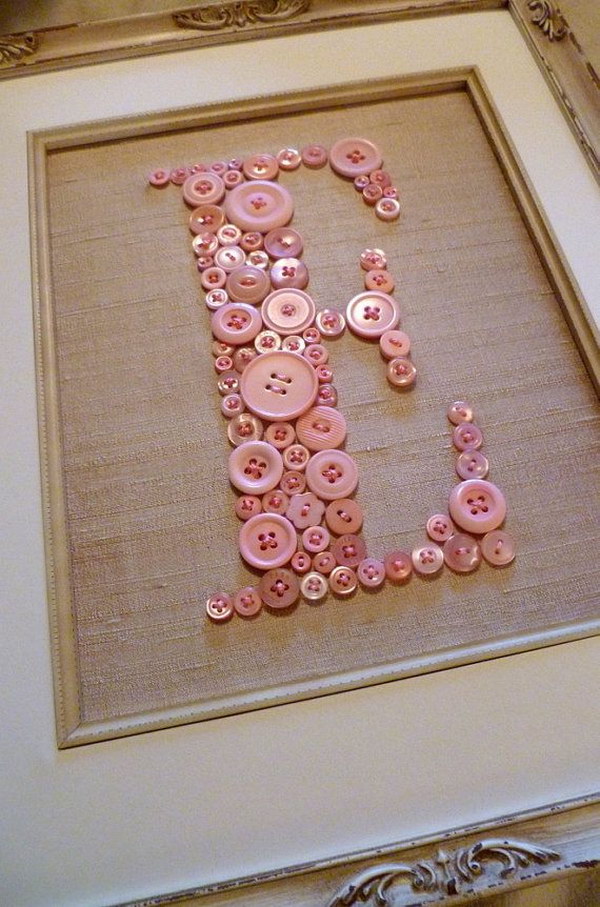 This would be cute for the little girls rooms. Tutorial via changingmymarbles 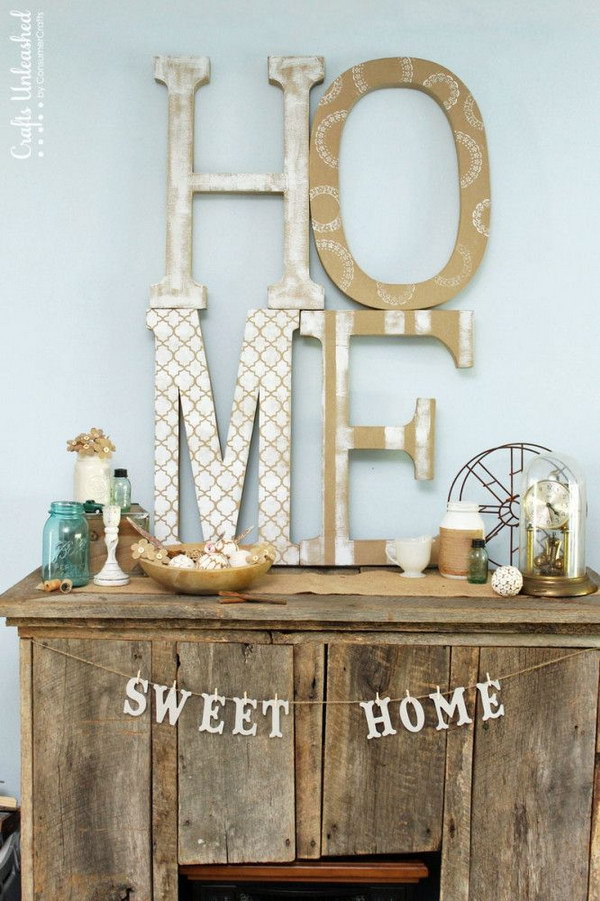 These extra large DIY letters are a great way to show some personality with style. Made from stencils, white paint and chipboard letters, options for design are limitless!. Tutorial via consumercrafts 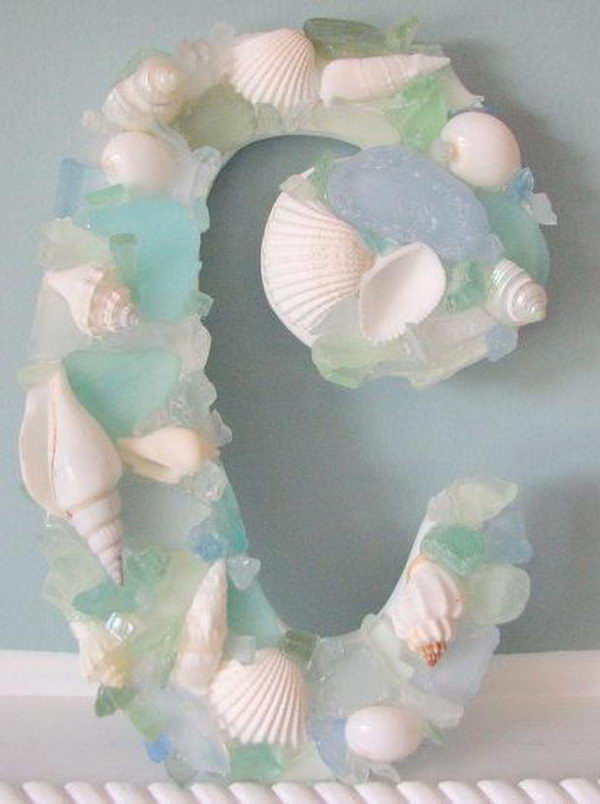 You could probably purchase the wooden letters from a local craft store and just glue on the glass and sea shells. Via sandandsisal

Make a concrete letter and ampersand with just a few easy steps. Tutorial via learningcreatingliving 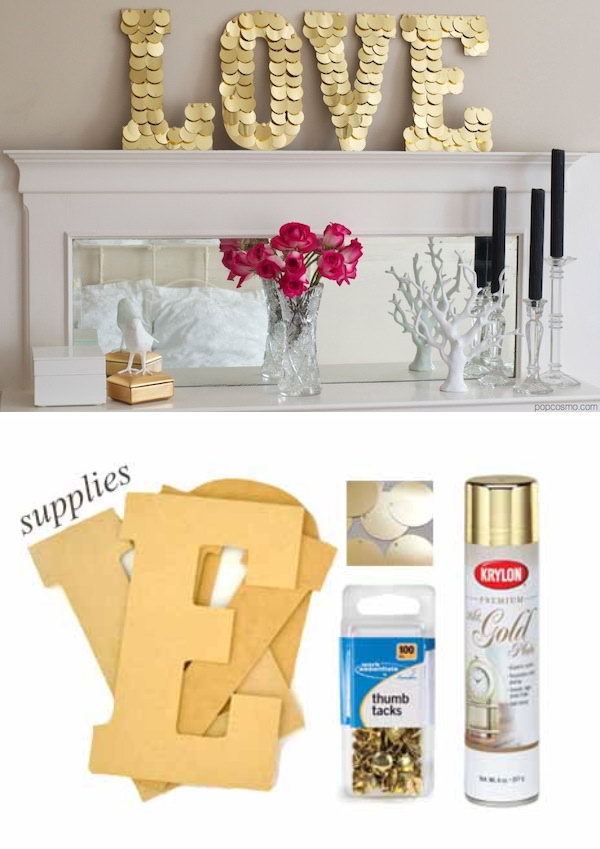 Make these beautiful sequin letters in 3 easy steps! And they would be great decoration to your home office. Tutorial via popcosmo 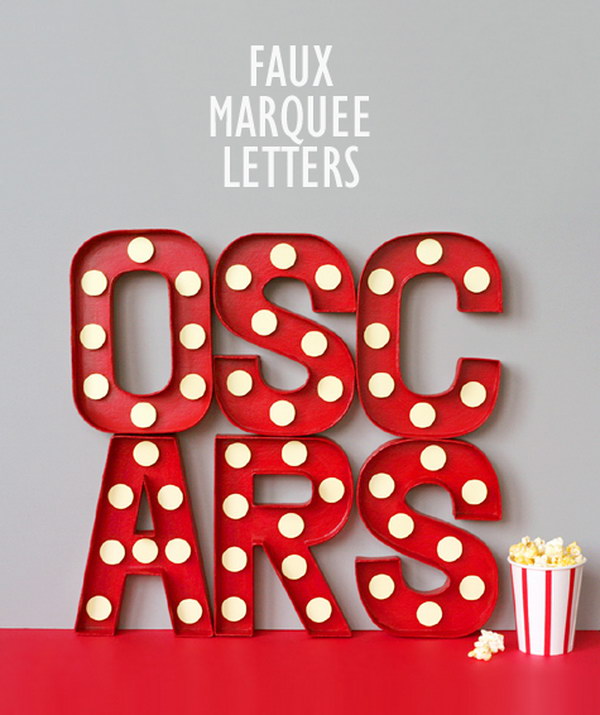 Love these easy to DIY Marquee Letters for an Oscar or movie themed party. Tutorial via lisastorms 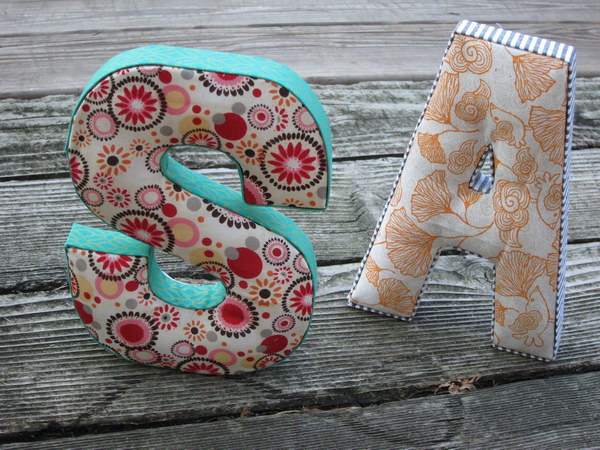 Use your favorite fabric scraps and magnets to create these cosy and cute no-sew fabric letters. Tutorial via sarahsutin 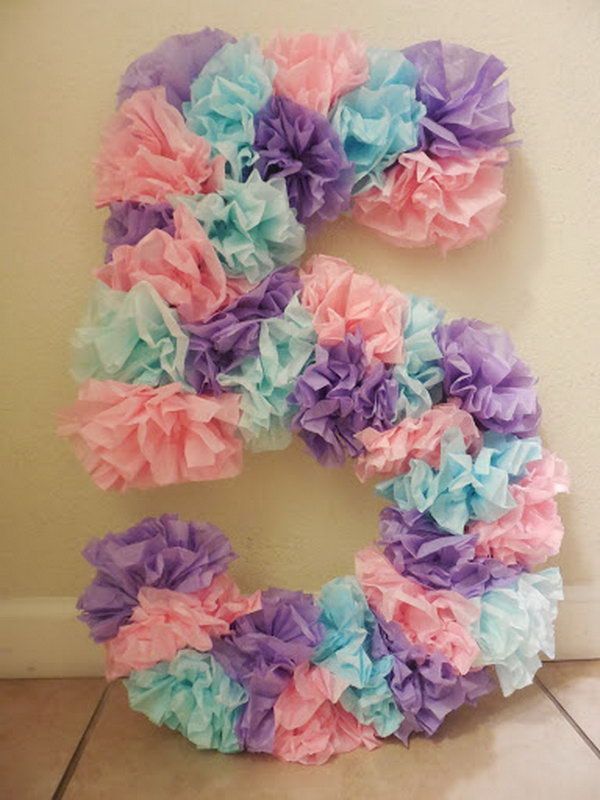 Tissue paper, cardboard cut into a number or initial and a hot glue gun. Fun & easy. Via hative. See how to make tissue paper flowers here 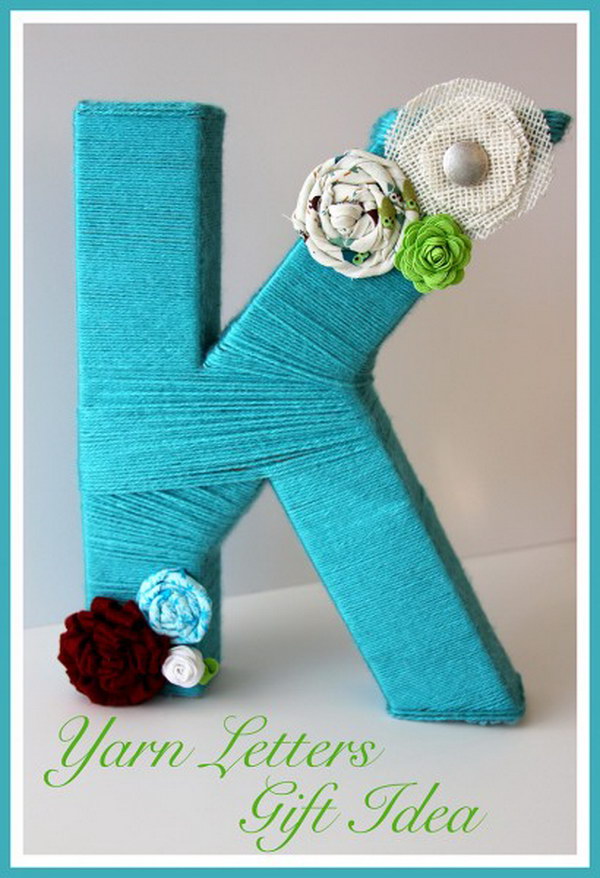 Wrap yarn around a cardboard letter and hot glue several small pieces of yarn to cover the uneven ends for a cute sign in the home!. Tutorial via cookingwithruthie 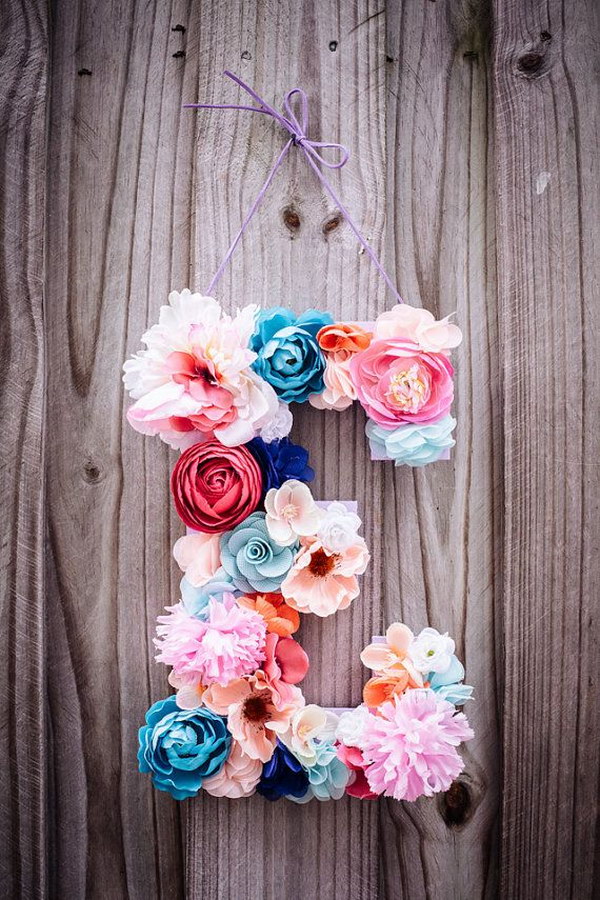 To buy this handmade beautiful floral letter via etsy. See how to make your own via youtube 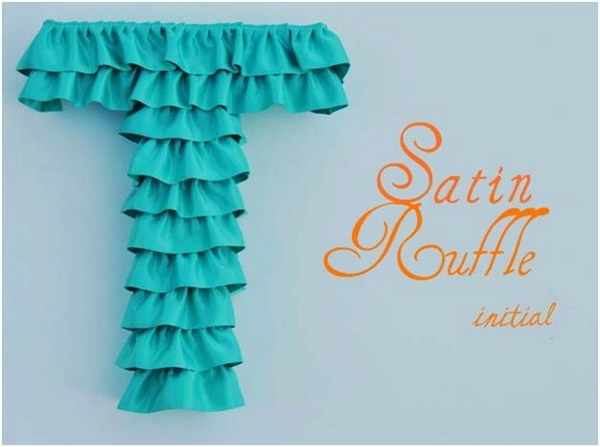 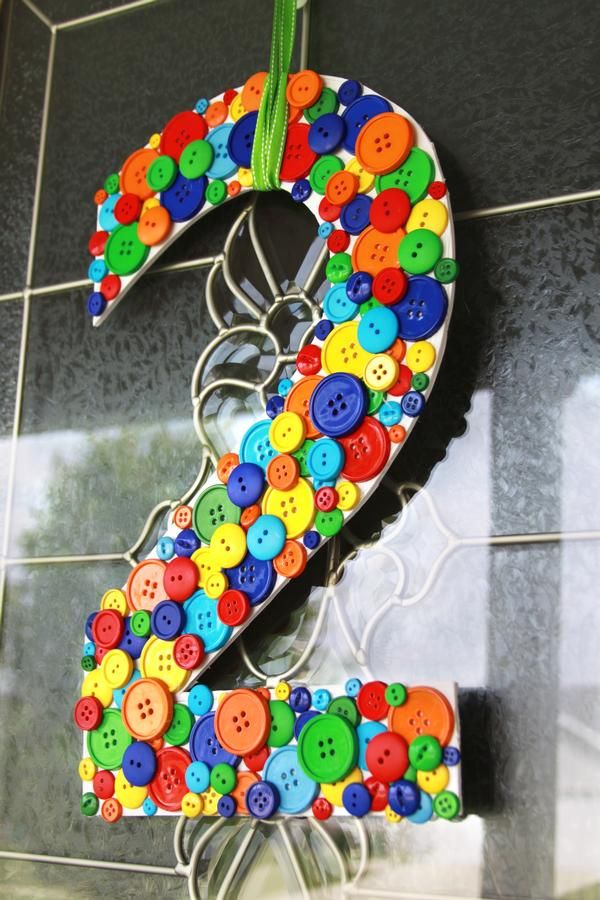 Using a pencil, hand draw a large number on thin foam board, then carefully cut it out with an exacto knife. Then hot glue layer after layer of plastic buttons in various sizes. Then tie a ribbon at the top for hanging. Time consuming but very easy!. Tutorial via hwtm 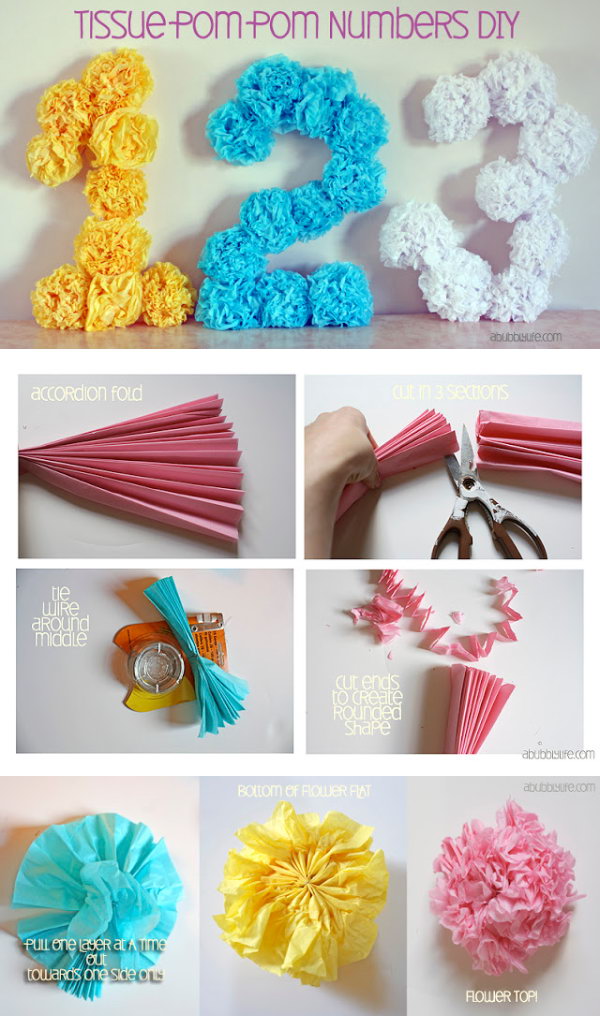 Use cardboard letters and tissue paper to make beautiful decorative letters for a baby room. Tutorial via abubblylife 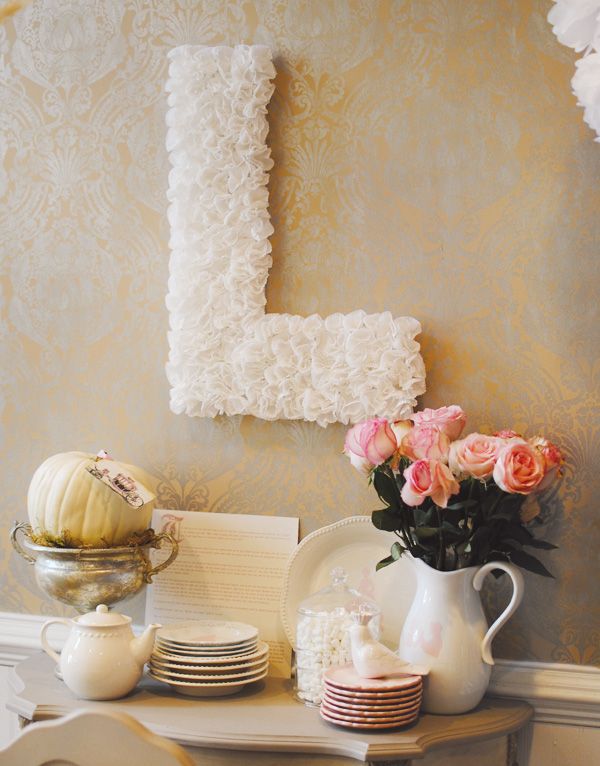 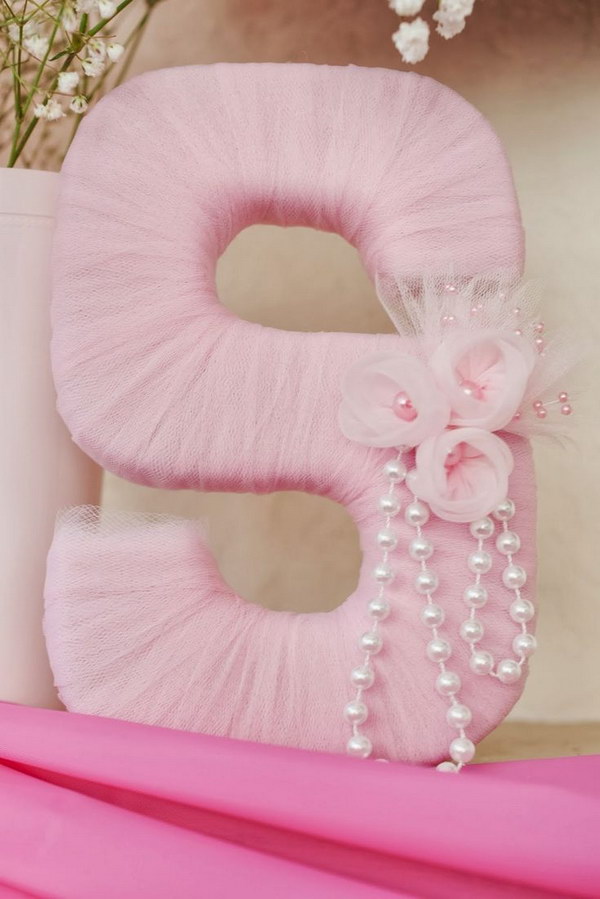 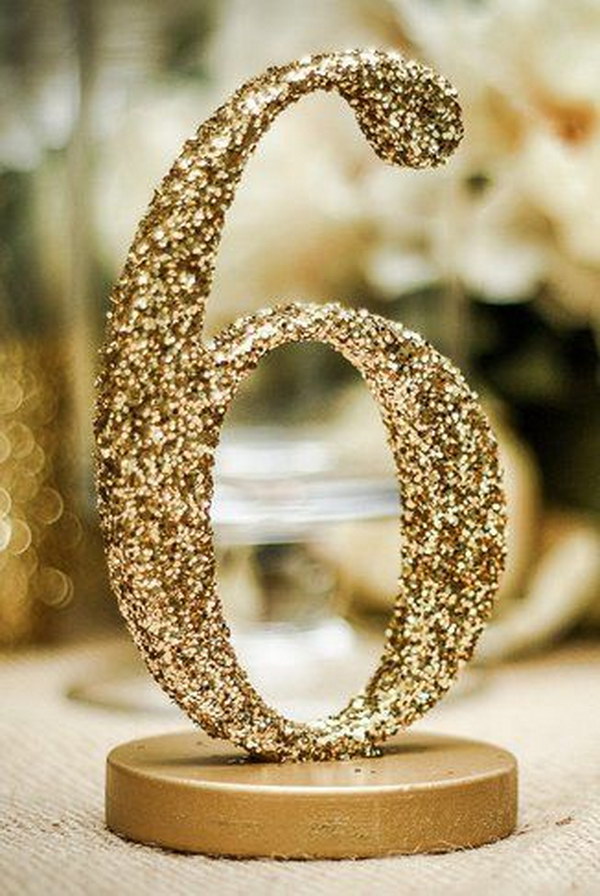 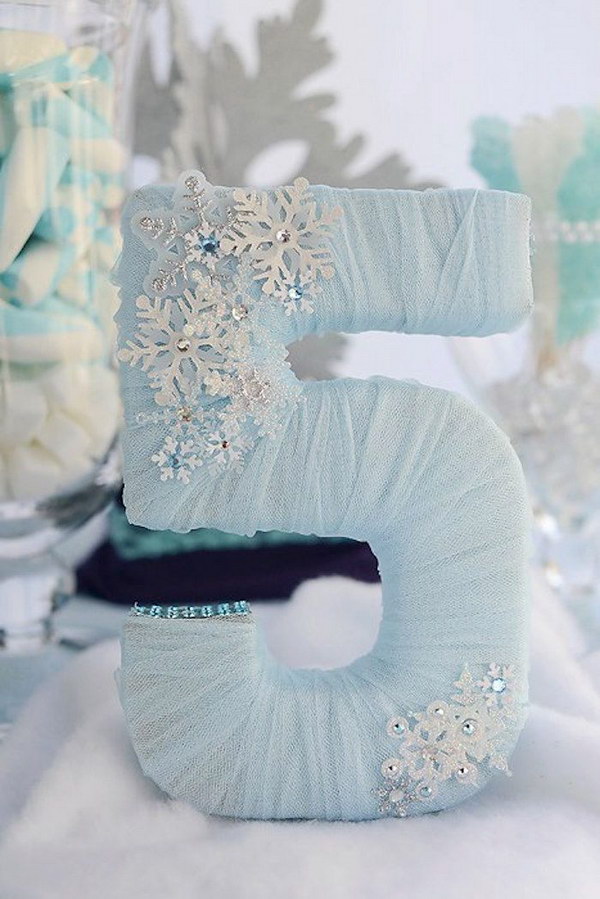 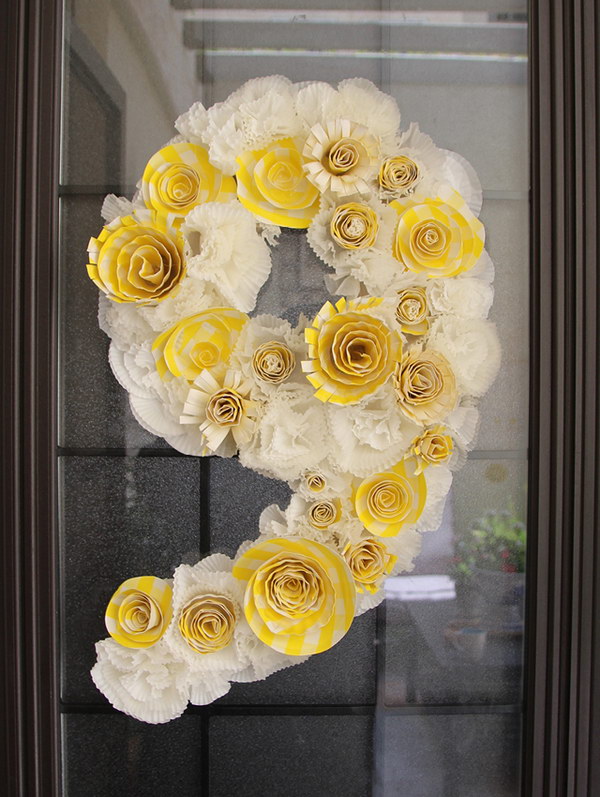 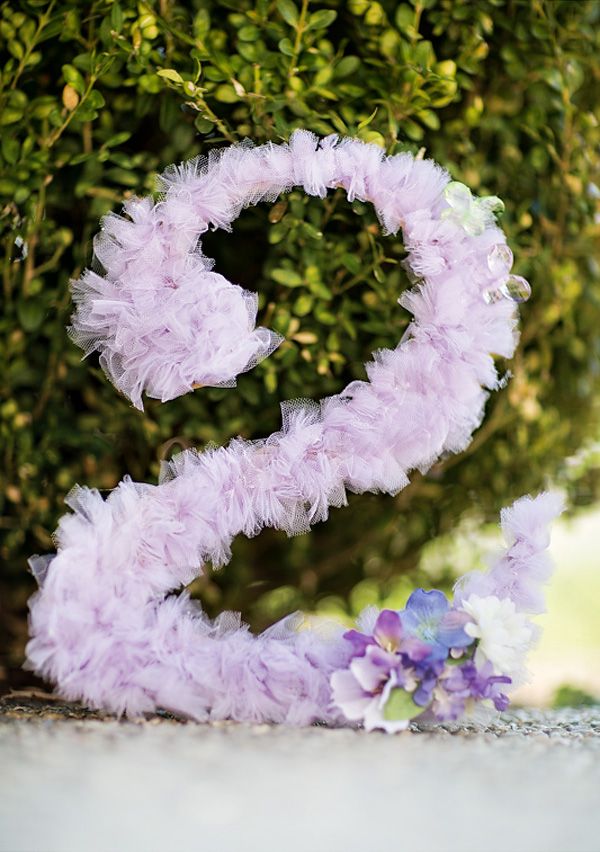 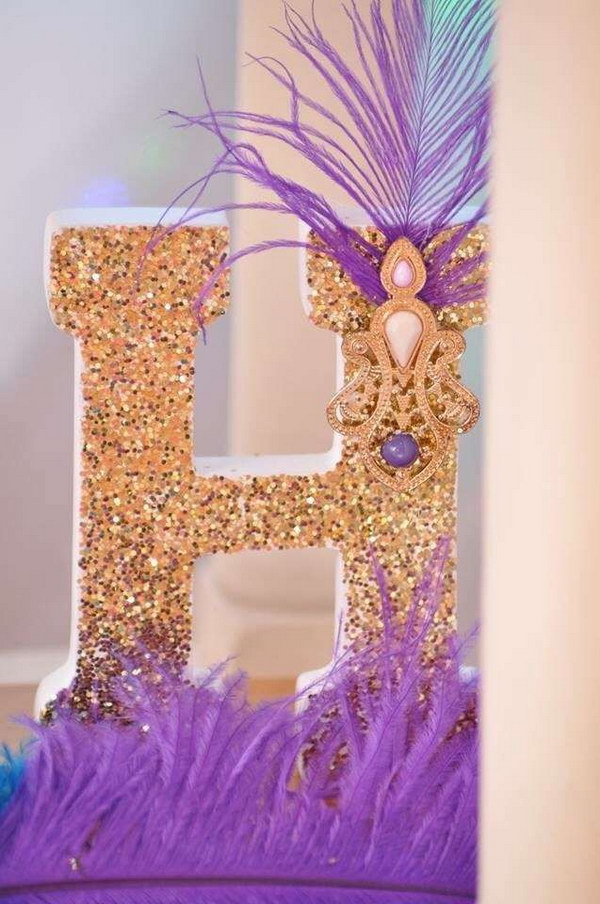 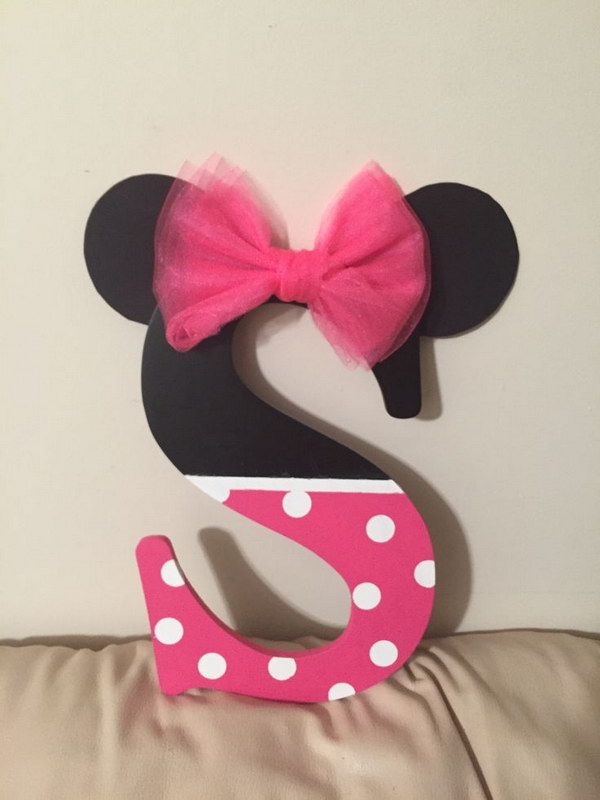 You can make a black letter “S” and paint the bottom half pink with polka dots. Ears made of paper with a tulle bow to top it off. Perfect for girls room or a Minnie Mouse party. Via pinterest

It’s much more easier than you may think to make your own aged metal letter. Tutorial Via wherethesmileshavebeen 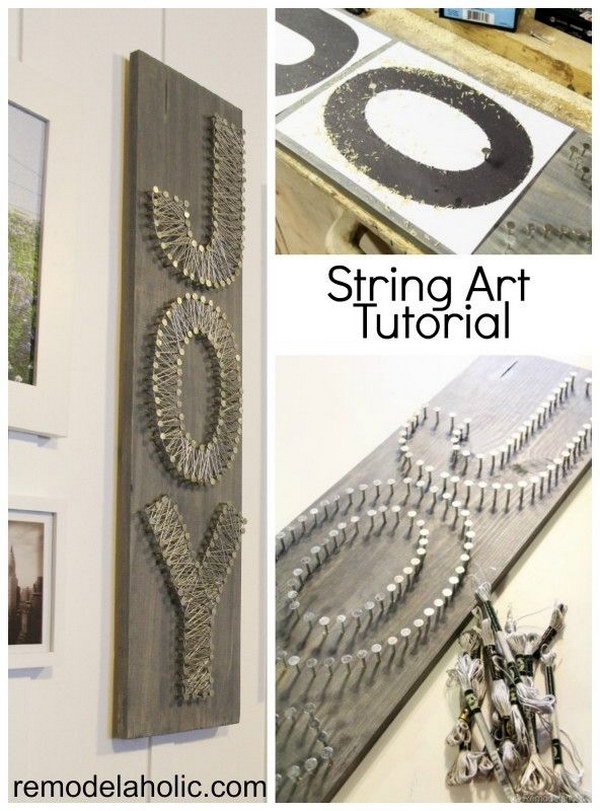 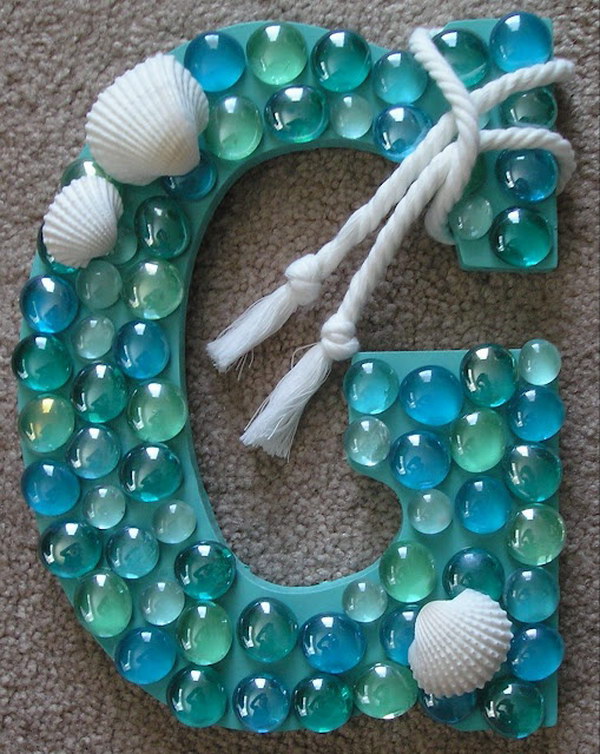 Check out this easy tutorial for making coastal letters for your beach theme home decoration! Tutorial via glamorous

Find story books that are cheap at Goodwill store, or use books with missing pages to make these decorative letters for kids room! Via moneysavingsisters